New
Are you a GP interested in working with Webdoctor? Learn more →

The information that you provide is covered by the same patient-doctor confidentiality as in a normal face to face consultation.

Please consider your responses and answer honestly and clearly. The questions will be based on:

Malaria is an infection caused by tiny parasites called Plasmodium which get access to the bloodstream via the bite of certain mosquitos. They are injected into the skin in the saliva of the insect.

It is a disease of the tropical and sub-tropical areas of the world and is very widespread.

Currently there are no vaccines available for malaria, but you can protect yourself against this potentially deadly disease.

Everyone gets bitten by insects but some persons react more to the insect bite and this causes the bite to be inflamed. Others do not have any reaction to the bite and so can think that they do not get bitten. Do not be fooled - everyone gets bitten!

Remember that taking the anti-malarial tablets does not guarantee that you will not catch malaria. So using various bite avoidance measures is as important as taking the medicine.

Using these bite avoidance measures will minimise the risk of malaria mosquito bites. But they will also minimise the risk of bites from other strains of mosquito insects which spread other serious infections including dengue, yellow fever and Japanese encephalitis (all of which are potentially fatal diseases!)

Being aware that despite following these directions, malaria can still occur up to a year after leaving the malaria zone!

Which is the "Best" Anti-Malaria Medication to Take

There are four types of anti malarial medication available. These are:

Which one you use depends on where you plan to travel to, and for how long, and whether you have used one of the medications previously.

Malarone generally is well tolerated by most individuals and the most common side effect is mild nausea but this is minimised by taking the tablet with a meal.

By contrast both Doxycycline and Mefloquine have several problematical aspects. Taking Mefloquine (Lariam™) is frequently associated with vivid dreams and nightmares and occasionally can progress to causing anxiety and low mood. Very rarely it has been reported to cause an acute mental breakdown. However, if you have taken Lariam™ previously and had no problems with this, then you may wish to use this medication provided it is the appropriate anti-malarial for the destination you are travelling to.The one advantage of Lariam is that it is taken on a once a week basis rather than on a daily basis like Malarone or Doxycycline.

There are several problematical aspects with taking Doxycycline. Firstly as it is an antibiotic which will be taken for at least a month or more, it can cause an outbreak of vaginal thrush which can be very uncomfortable in a warm climate. In addition, if a woman is on the oral contraceptive pill, the Doxycycline can interfere with the reliability of the pill. Finally in up to 10% of persons who take this medication, there is a chance of developing an itchy skin rash due to an interaction between the doxycycline and the effect of the sun on the skin.

The use of Nivaquine™ and Avloclor™ are very limited now as the malarial parasite has developed resistance to these compounds and their use is limited now to areas of Central America.

For these reasons, it is easy to understand why Malarone tends to be the most commonly prescribed anti-malarial medication. 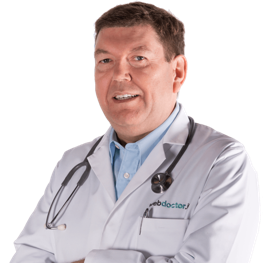